The Midlands Rail Hub - our flagship project - is the biggest upgrade of our rail network for a generation.

The Midlands Rail Hub is an ambitious yet deliverable £2 billion package of improvements to transform east-west rail connections. The project was awarded £20 million in the March 2020 Budget to develop the scheme to outline business case, taking our vision closer to reality.

Our plans outline a programme of new and upgraded infrastructure that will be implemented in phases between now and 2033.

It will strengthen rail links between Leicester, Nottingham, Coventry, Derby, Hereford and Worcester, improve services to Wales and the South West and allow more people to access HS2.

Passenger rail usage in the Midlands is growing faster than anywhere else in the UK, but without investment, the region's rail network can't keep pace with this record demand, and many services remain slow and infrequent.

Our plans will activate six million more rail journeys each year, creating space for up to 24 extra passenger trains an hour and reduce journey times. Implementing these improvements will bring 1.6 million more people to within an hour of the region’s biggest towns and cities by public transport.

The Midlands Rail Hub will also create space for 36 extra freight paths a day, with the potential to move 4,320 lorries’ worth of goods from our roads to onto railways, reducing congestion and carbon emissions. 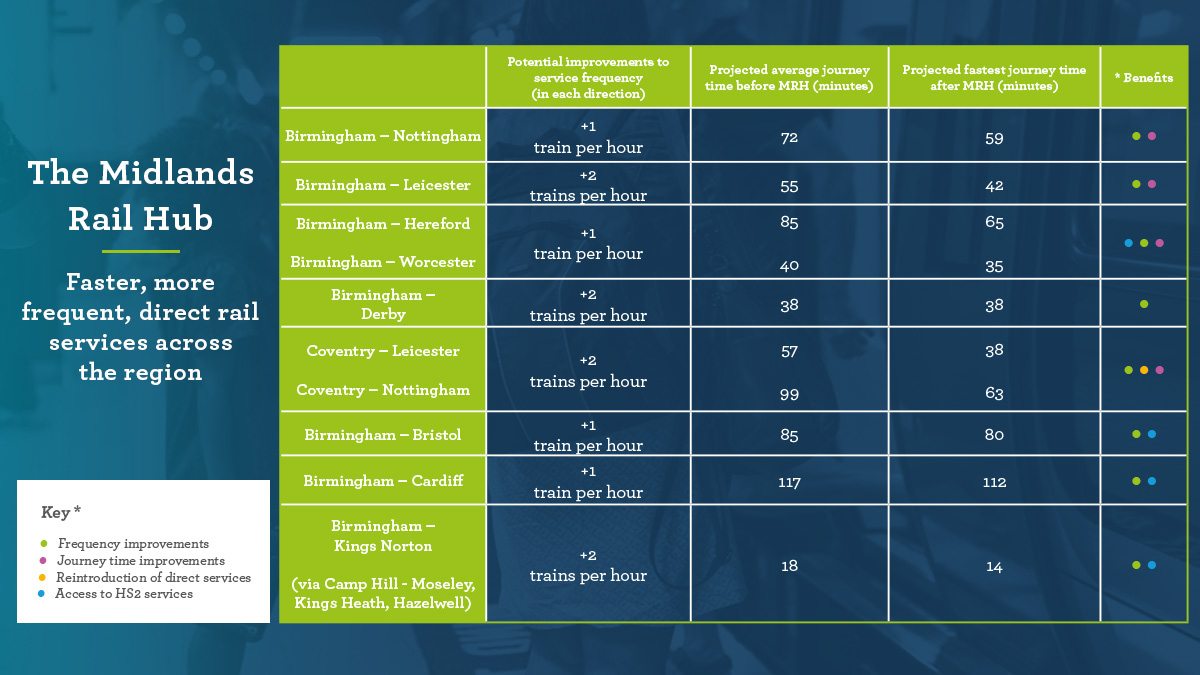 Our plans for a modern rail network for the Midlands

There is no single intervention that can provide the extra capacity the Midlands rail network needs. The Midlands Rail Hub consists of a comprehensive yet modest series of measures that will create space for more passenger trains and freight links on our railways, as well as boosting station capacity. 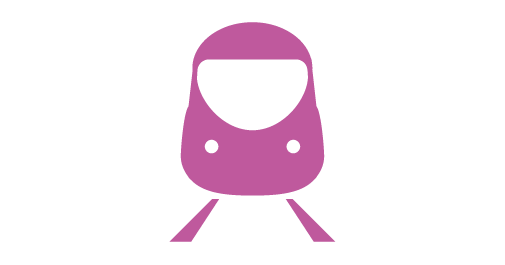 A Strategic Outline Business Case was submitted to the government in June 2019. Read a summary of the proposals here.

The proposals include a request for £25 million to bring the project to its next stage of development - Outline Business Case. In the next stage, we will research and outline:

• A full overview of benefits 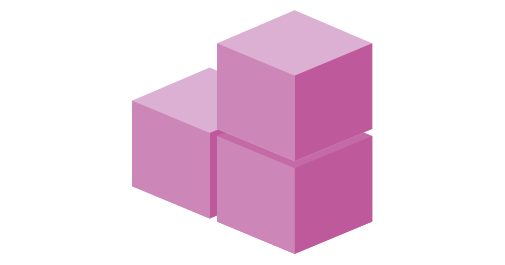 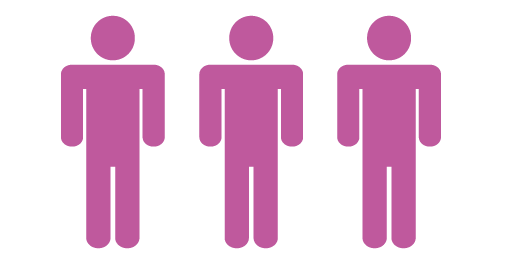 more seats every day in and out of Birmingham 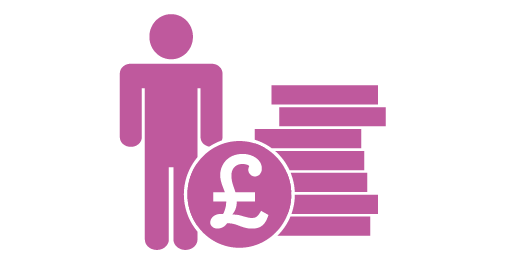 Support for the Midlands Rail Hub

“The Midlands Rail Hub is a vitally-important project. Rail has been a huge part of the success story of this region, and we need this kind of investment if our network is to keep growing and supporting our economy. At around £2 billion, the Midlands Rail Hub is genuinely a bargain. The Secretary of State for Transport must persuade the Treasury to support this project to boost the region’s connectivity and with it, the region’s economy”.